What is a Hot Stone Massage and why should I have one?

Feeling grounded, comforted and calm, the sensation of warm stones against your skin, the release of muscular tension; just some of the sensations and emotions associated with this ever-popular treatment. But what is it about this treatment that is so special and has fans coming back time and time again? 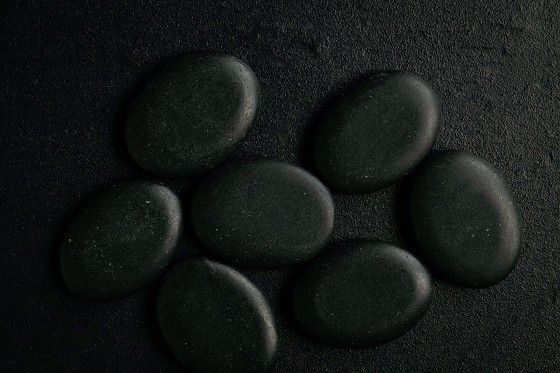 What is a hot stone massage and where did it come from?

The hot stone massage is a speciality treatment that has stood the test of time. From what is known, the therapy derives from cultures that draw from nature. Native Americans have been using hot stone to relieve achy muscles and for other rituals for centuries.

Your therapist will place or rub heated basalt lava stones on the body. The heat from the stones warms tight muscles allowing your therapist to work more deeply and effectively on your tense muscles. The feeling of the heat from the stones often deepens your sense of relaxation. The stones retain heat longer than any other stone and their non-porous properties and smooth surface feel sensational against the skin. The range of sizes of stones are used for different parts of the body and to perform specific massage strokes.

Basalt lava stones are formed when volcanoes erupt and the lava cools, much like obsidian stones (volcanic glass). The very nature of how these stones are formed is why the lava stone is considered to be a stone of rebirth. It is believed that lava stones possess healing properties from the fiery strength of the volcano that formed them. They are said to promote strength and courage, replacing feelings of anger, negativity and anxiety.
If you’re more sceptical of lava stones’ healing properties, suspending your disbelief for a short period might help the stones work better: Sometimes, belief itself is a way to reduce anxiety.

Peruse our range of holistic and results-driven treatments

Book your Hot Stone Massage or any treatment online below or email us on sourcespa@sauntonsands.com or call 01271 890212 (option 2)

To hear about our specialised spa days, offers and more first, subscribe to our email newsletter in the 'Join Us' section below!

Also, check out our FAQs section.