Why revive by the coast?

A rejuvenating blast of fresh salty air is a tonic for the mind, body and spirit – there’s nothing more reviving than time spent on the coast.

All of us, at some point, have experienced the therapeutic power of the ocean, whether that’s the rapturous feeling of riding a wave, the exhilaration of listening to spray crashing into rocks or the bliss of a gentle dip in glassy waters.

Modern research now confirms what most of us already know instinctively: the sea is not only the ultimate playground, it’s also soothing for the soul.

An extensive study in 2013 asked people to record their sense of wellbeing in different environments. It found marine and coastal spots, so called ‘blue space’, were by far the happiest locations – even happier than ‘green space’ such as parks and woodland.

Researchers have concluded that people who visit the coast regularly tend to experience better general and mental health. 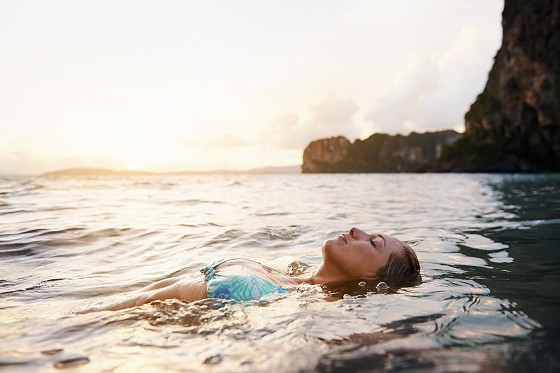 1. Rejuvenation for the body Being beside the sea encourages us to do exercise, whether that’s an easy stroll along the shoreline, a jog across the beach, an invigorating swim or taking up an adventurous new hobby such as stand-up paddle boarding. Not only is this activity vital for our health, we also experience a sense of achievement when we brave the elements and make the most of the great outdoors. It’s now known that sea air is charged with healthy negative ions which accelerate our ability to absorb oxygen, so the Victorians were right to ‘take the sea air’ to promote good health and wellbeing.

2. Clarity for the mind A study by the University of Exeter found that people who live close to the sea are happier and have better mental health compared to those who live inland. For many people, rhythmic activities like swimming and surfing induce a state of focused mindfulness, so are a great way to clear a restless mind. A US Naval study revealed that surfing leads to a decrease in insomnia and feelings of anxiety, and a decline in an overall negative view of life and other symptoms of depression. ‘The sound of the ocean alters wave patterns in our brains’

3. A soothing of the spirit Just being in close proximity to the sea induces a sense of wellbeing: the sound of the ocean alters wave patterns in our brains and lulls us into a deeply relaxed state; the heat of the sun affects our endocrine system which is why, when we lie on the beach, we feel less stressed; and, when we go for a dip, the magnesium in the sea water has a calming effect.

Leave it all behind and take a seat by the sea

Stay 4 nights for the price of 3

3 for 2 on ALL Apartments