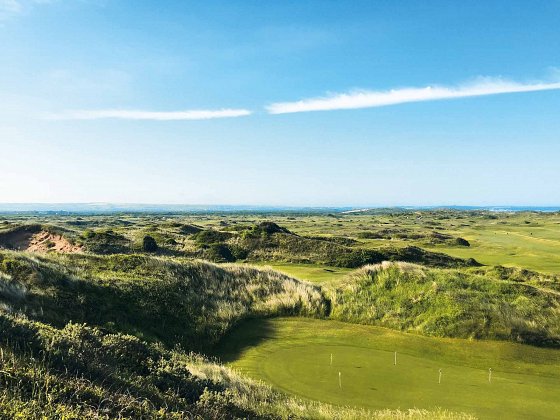 This week’s English senior men’s open championship at Saunton, Devon, is a record breaking success – and that’s before a ball has been struck.

It attracted entries from 439 players – almost 80 more than ever before – who were hoping to make it into the field of 288 competitors.

Players with handicaps of 4.5 and better claimed places in the championship – another record for the championship. The cut has never before been so low and over the last three years it’s been 5.5.

The successful players, who include defending champion Richard Latham of Woodhall Spa, will start their challenge in the three-day 54-hole strokeplay event on Wednesday, 7 June.

Toby Thorne, England Golf’s Deputy Championship Director, commented: “This is always one of our most popular championships but this year’s entry has been amazing. The prospect of playing both of Saunton’s championship courses has clearly been a great draw and we’re looking forward to some excellent golf and great competition.”

The East course is the older, longer course and has hosted most championships. But the West is right up there with it and has recently benefited from a winter work project, focussing on nine holes, which added length, new bunkers and reshaped surrounds. Together the courses call for the complete range of golfing skills.

But, as Russell points out: “Everything depends on the weather. It’s the wind, the direction and the strength, which really dictate how low the scoring will be.”

The club members are looking forward to the event with many signing up to volunteer during the week. They’ll also be following the progress of their fellow member Paul Vicary, who is one of almost 20 Devon golfers in the field.

Vicary plays for Devon seniors and will be joined in the championship by six other members of the team which reached the final of last year’s English Senior County Championship. They are Tim Aggett (Torquay), Tony Allsopp (Tiverton), Phil Lyons (Churston), Paul Marels (Dartmouth), Rick Pillow (Exeter) and Richard Ward (Dainton Park).